Bought these after seeing them on a friends c7. I am not disappointed, these look fantastic ! I will say they fit so well and tight, they will take you a couple-three hours to install. Give your self some time and enjoy when your done. The one thing I didnt expect is they are more comfortable as well, the little bit of foam sewn into these adds quite a bit of comfort. Highly suggest these for your C7, do not wait till your seats are damaged, get these and prevent the damage.

The door dog is Amazing in design and quality of construction. The spacers make the installation look factory installed. The door dog keeps everyone's fingerprints off my car. It is strong and fits exactly into the space . Great product no C7 should be without. the panoramic mirrors solve the rear quarter blind spot issue. The secret door shelf is another piece GM missed! great products. great Vendor! Fair prices! 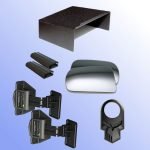 Dave was more than helpful. Made sure I got the correct package. Looking forward to the parts arrivals. Thanks Dave! 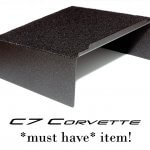 Just do it. You will love the quality and the extra space provided. And so will the next owner! LOL 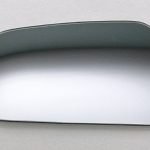 This mirror provides much better view than expected. Great modification and no one will ever know. It looks completely stock and fits perfectly.

Tip for those considering the seat skins: Don't try to do this alone. The seats are too heavy and you will likely do some damage (scratching) to the car. I watched the video on this website installing skins with seats in the car, then saw them on another car. That owner took out the seats. I took out the passenger seat to see what I had to do, then installed the driver's seat while still in the car. MUCH easier when you know what to feel for and much less time to install. "I've got blisters on me fingers!" J.Lennon The red trim looks great in my Torch Red 2019 Grand Sport convertible with black interior. The Adrenaline Red interior was too much red for me, but these skins add a bit of color and it really pops! Great design. But wait, there's more... Being a convertible, I wanted to protect the leather from, not only wear on the bolsters (good luck getting in without rubbing on them every time), but also from the UV from the sun. Leather is skin after all. While I give it 5 stars for fit and finish, to be fair, I do have one minor complaint. After learning how to gracefully get in and out, (a swivel of the hips, sliding on your butt) this becomes impossible with the microfiber insert in the center of the seat. I will adjust, but vinyl would certainly assist in getting out.

Ordered the Door Dogs 2.0. Great product and even better customer service. Dave and his team are truly awesome. Actually had handles for the same side, and Dave emailed another handle with zero issues. In this day and age, we should all understand that people do make errors, but it is how the interaction between the customer and supplier transpire to resolve an issue that makes all the difference, and I can tell everyone, that this was remarkable in how Dave and his team resolved a minor inconvenience that has me so impressed. Highly recommend buying their products 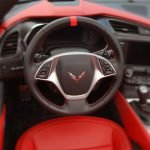 Very happy. Fits like a glove on my new 2019 Corvette Stingray. The factory clip was definitely problematic. This product fixes it in 15 seconds!!!

Was super easy to install, just slide the end into one of the middle arms and it slides right on. Looks like a stock part that was made for the vehicle. Highly recommend.

My seat belts continued to pop/twist out of belt guide and was hard to reach. So I ordered two of these belt caps and they snapped in easy and it works.

If you have a C7 and cant stand the seat belt always coming out of the holder then get this. Such a simple product but yet so functional. Why didn't GM think of this?

Simple installation and works perfect. Wish I had bought earlie because of some minor scuffing that happened before.

Product installed and works as described in site’s product description

Snapped into place and worked like a charm...Could not be happier..

Nice fix that is easy to install. Avoid the annoyance of the buckle continuously falling out.

These worked a lot better than the rubber ones because these don’t get your seatbelt caught. It’s a nice smooth design

Exactly as described. No issues with installation or use. Nice addition to your vette.

Brilliantly engineered products. Would like more choices for the switch cover. The door handles are a must. Easy to install and excellently designed. Doors open first pull every time. Shelf fit is also perfect. You won't be disappointed.

This kid is an awesome kit! Not only is it smart the quality is pretty amazing I’m really pleased everything fit very well and the dog door handles look like they were factory installed. Highly recommend you will not be disappointed. Doors open with complete ease. -- AL Lozito

I ordered the kit and the instructions was simple to follow and took a few minutes to assemble. I was always fearful of myself or friends not being consciously aware about scratching the door area (ring/fingernail). No more telling/showing friends how to get into the corvette. Should have done this sooner, well done! Sincerely Trixi 2018 CMG M7

We Ship All Over The World!

Here’s a collection of post cards from some of those buyers:

” Hi Dave, This is to let you know that the package arrived safely! Both safety belt stay and Bin buddy fit perfectly! For the screen switch cover , I haven’t installed it because I may put some carbon flash pieces around the screen and it may cause some extra difficulty but will surely put in on later. Attached some pics but may send you more once take some formal photos. Corvette is not officially sold in China, and may never be due to the new 6th version of Limits and Measurement Methods for Emissions from Light-Duty Vehicles. I get mine with parallel import channel, as another hundreds of American V8 owners. Through all these years, C7 corvettes were already the best sale generation, with about 100 owners in China. My Z06 is almost the last C7 vehicle entered China. Most vehicles here are 4 cylinder small engine and government is encouraging battery cars…which is really not nice.”

I live in Alberta, Canada. Being close to the mountains, there are some great drives to take. Unfortunately with that being said, winter comes far to soon here, which in turn means the driving season is far to short.

In the pictures, is my ‘19 Oliver Gravin Special Edition Grand Sport. Thirty-five were produced in the Gavin series. She’s #13. Shadow Gray exterior with Torch Red center stripe, fender hash marks, and brake calipers. The interior is Adrenaline Red with red seatbelts. Carbon Flash mirrors match the side rockers, as well as air and cooling inserts.

One of the best products I’ve found, was the Corvette Door Dog, which I bought through you folks a couple of years ago. Good thing I took them off my ‘17 Grand Sport, as I don’t see them on your site anymore.

Where: Vancouver, BC. Canada

“Corvette has been my dream car ever since the C4 came out. And I’ve purchased my C7 Z06 in 2016. My C7 is not perfect, but with Sandyeggo Designs Bin Buddy, Door Dog and Seat Belt Stay added, it is pretty close to perfect now. Looking forward to purchase the new Console Utility Tray soon.”